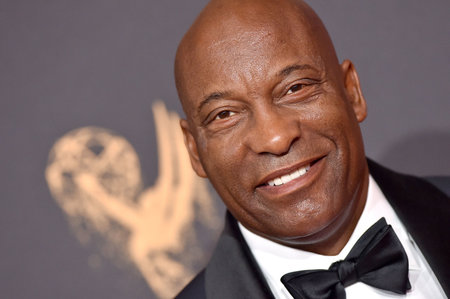 Academy Award nominee John Singleton died Monday, April 29th in Los Angeles at the age of 51, just weeks after suffering a severe stroke. The BOYZ N THE HOOD helmer was one of the most influential directors of the 1990s. His films were known for their grit, and their social commentary. In addition to being the first black director nominated for an Oscar, Singleton is also the youngest director ever to be nominated at age 24.

Singleton, as many of the great ones do, had a hustler’s mentality. While working backstage as a production assistant for The Arsenio Hall Show, he met Ice Cube who was there to perform with N.W.A that night. He approached Cube in the green room and told him he was going to write a film for him to star in and they exchanged phone numbers. While guarding the door on the set of Pee Wee’s Playhouse, Singleton used the same pitch on Laurence Fishburne. Years later, Singleton would run into Janet Jackson at a party and tell her he had a script she was perfect for, to get her number as well. She gave it to him and he rushed home and wrote POETIC JUSTICE for her.

Singleton wrote the screenplay for BOYZ N THE HOOD as a senior at University of Southern California’s School of Film/Television at the age of 19. Columbia Pictures loved the script and offered him $100,000 to walk away and let a more experienced director direct the film, but he stood his ground and said no. The studio ended up taking a chance on the young neophyte, and it paid off. BOYZ N THE HOOD was nominated for 2 Academy Awards, Best Director and Best Screenplay, the following year.
The success of BOYZ N THE HOOD led to Hollywood pumping out “Hood” movies as fast as it could. JUICE, MENACE TO SOCIETY, SOUTH CENTRAL, DEAD PRESIDENTS, ABOVE THE RIM, and PAID IN FULL each owe a nod to Mr. Singleton’s classic.
The Singleton filmmaker tree has spawned some great talent. his experience working with him on BOYZ N THE HOOD, Ice Cube has credited Singleton for giving him the confidence to go write and produce his first feature the boxoffice smash FRIDAY. Cube has gone on to become one of the most successful filmmakers in Hollywood, having a hand as writer, director, or producer in multiple blockbusters with a combined gross of over $1 billion. His franchises include FRIDAY, BARBER SHOP, ARE WE THERE YET, RIDE ALONG. Upon seeing Craig Brewer’s no budget debut feature in 2000, THE POOR AND HUNGRY, Singleton produced and financed Brewer’s follow up film, HUSTLE AND FLOW. The film was won an Academy Award for Best Song (Three Six Mafia) and Terrence Howard also was nominated for Best Actor.

Following is a tribute from the Hollywood Reporter.